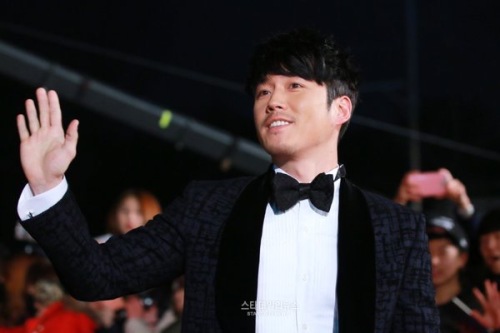 Yeorobun!!! (imagine I said that in Bongsam’s voice) I have an announcement to make:

3) It seems our Bongsamee’s pain and suffering in Gaekju have paid off (for those of you not watching Gaekju, yeah, Bongsam suffers a lot, nothing is ever easy for this character :p)

So, uri Bongsamee (Jang Hyuk) was nominated for KBS Awards in the category of Excellence Acting – Male – Mid length drama (or something) but the most important thing is, EVIL So Gae was also nominated along with other very fine actors. And guess what? Our Bongsamee WON! Yayyy (And here I inmaturely stick my tongue at So Gae LOSER!)

Just so you know, Im loving actor Yu Oh Seong who interprets So Gae in Gaekju. And I loved him more when he smiled sweetly as Jang Hyuk gave his acceptance speech. But So Gae? I hate So Gae with a passion I haven’t felt for a character in a long time! So I’m just going to imagine this was Bongsam defeating So Gae for once! 😀 Just the thought gives me great pleasure. 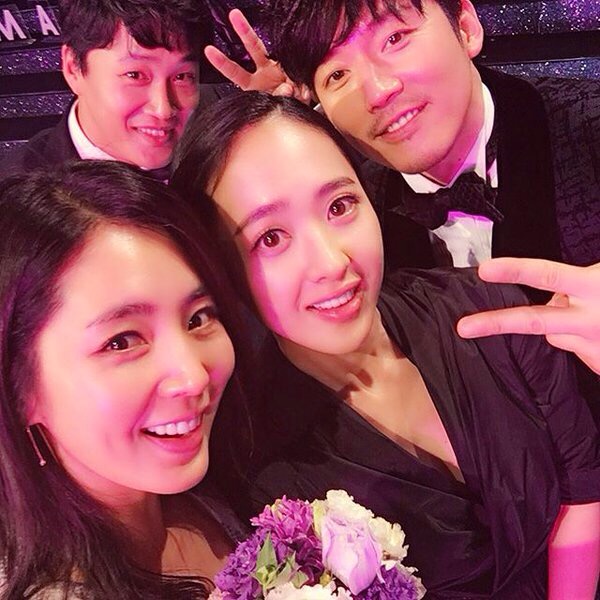 On the other hand, they should have a special award for villains. I would throw all those awards at So Gae although Mamanim (Kim Min Jung) and Head Merchant (Lee Duk Hwa) are strong competitors.

Jang Hyuk also won in the Best Couple category with Han Chae Ah (along with other four couples as it is tradition for KBS) Actresses Han Chae Ah and Kim Min Jung also received awards individually. Congratulations to them!

Back to our Hyukie, he was ADORABLE on the red carpet. I guess I could choose other adjectives like, hot or handsome but this time the vibe I got from him was “adorbs”. His hair was errrrmm well…He has lots of hair, and that’s nice right? *quickly changes subject*

Here is a video recap of the Red Carpet in case you are interested in seeing all the stars that were present: https://youtu.be/xkksbQF46rE

And RED CARPET PICS (Click on each to see them larger) 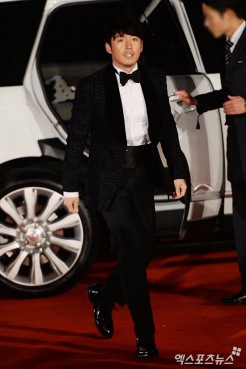 Gaekju is coming guyssssss! It starts on September 23rd at 10pm in Korea. It’ll also be available with english subs through KBS World (starting on September 30th) and on Viki.

My enthusiasm level for this drama has increased with each trailer. The 7 minute trailer sent it through the roof! I hope it has the same effect on you my friends!

We already saw the good quality of filming and acting in previous trailers but we didn’t know much about the story itself. The 7 minute trailer reveals some of the background of our characters, especially the conflict that triggers the personal struggle of Bongsam (Jang Hyuk) and Gil So Gae (Yu Oh Seong) and the nature of their relationship. A lot of pain and guilt in these men past! Gaekju will show us how both of them deal with it.

Below is how Gumi summarized the trailer for me. WARNING! She did fill in the blanks so the actual story might turn out slightly different. The trailer, after all, only showed isolated scenes with revealing facts and Gumi sort of connected dots.

Chun (Bongsam’s father) and Gil (So Gae’s father) worked together. They were friends and colleagues. At some point Gil needs money, desperately so he gets involved in opium trade.

Chun Bongsam’s father, as leader of Chun’s gaekju, had to punish Gil and according to the law, an opium trader should be sentenced to death. Chun gives poison to Gil. Gil drinks it and dies. His son Gil So Gae screams and cries “No, please don’t drink it father!” Gil’s father dies leaving these as his last words “You should become rich, you should become the leader of all those merchants” 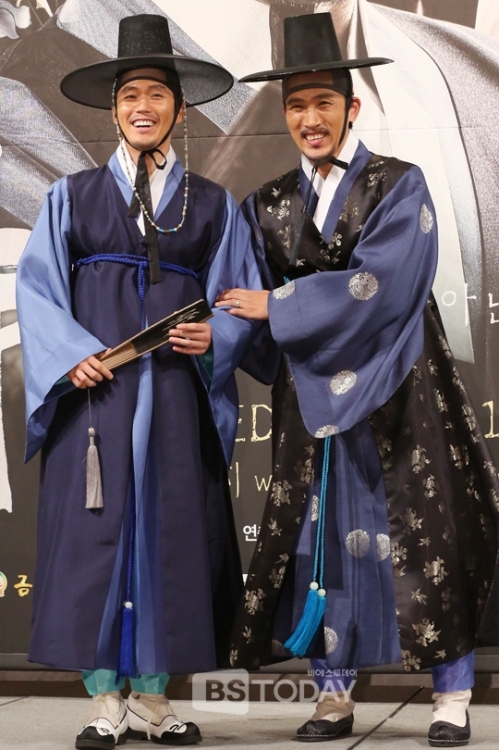 Gil So Gae is now traumatized and he hates Chun Bongsam’s father. So Gae seems to become involved with opium as well. Now someone had to be responsible for that opium and Chun says he will take the blame so he is executed. This way Gil So Gae caused Bongsam’s father death as well 😦 Oh the pain already!

The now enemies, share a past where they were raised almost as a family.Chun and Gil were friends so their kids were like cousins and there was  even a promise that Bongsam’s sister would marry Gil So Gae. This should make for some amazing inner conflicts and angsty bromantic frenemy situation between Chun Bongsam and Gil So Gae. Can’t wait!

We all know how serious and hard working Jang Hyuk is, so its no surprise that he is once again giving his all to this project. But the spirit that can be perceived from interviews and the press conference is that every single person involved in this production is extremely passionate about it! The PD is a serious, earnest man who was responsible for very successful sageuk, such as the series Wang Gun. To create the background of Bongsam in this series (something that had not been dealt with in the novel), he actually consulted the writer of the original novel and asked him what he thought his past would’ve been like.  Now that’s what I call dedication! Given the love, effort and talent that is surrounding this drama I really wish it much success, and not only because my favorite actor is in it. GAEKJU FIGHTING! 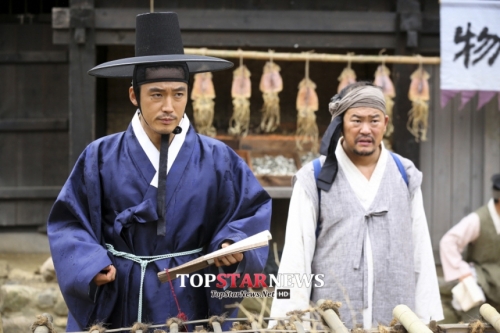 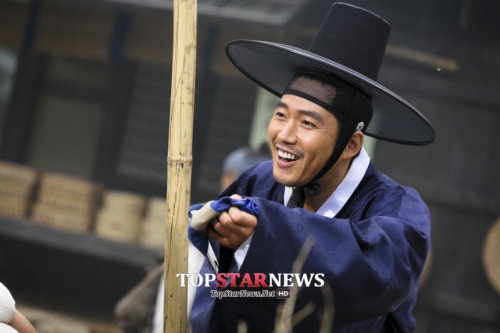 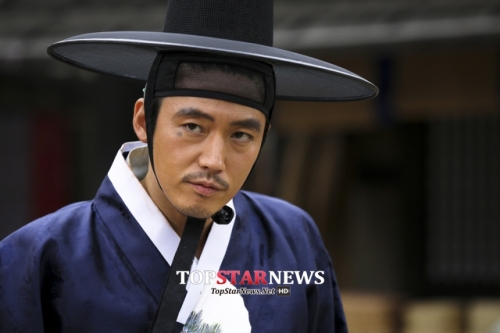