“Tell Me What You Saw” Trailer Production, Posters & Images 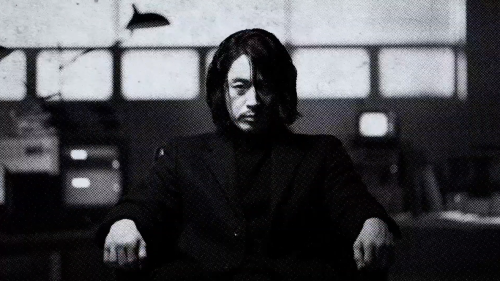 Filming is underway and anticipation is high for Jang Hyuk’s next intense OCN Crime Drama, “Tell Me What You Saw” OCN’s been promoting the trailers on their Youtube Channel. It’s currently confirmed that the Asian drama Streaming site Viki will be airing it starting February 1st, 2020. I’d heard Netflix had licensed the drama, but when I looked at lists of upcoming 2020 Kdramas, this wasn’t on it. Sometimes they have issues with licensing so that could change.

Enjoy some hot, brooding and moody photos of Jang Hyuk’s character, Oh Hyun Jae. There’s more to be seen on our Stuck on Hyuk Facebook Page!

I love this image and how the reflector is catching the sunset, basking him in a warm glow. 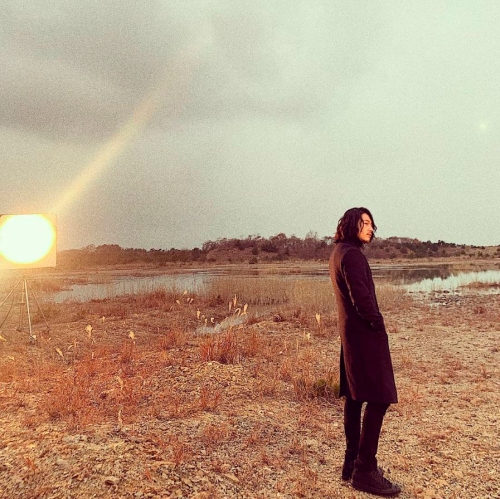 Thinking hard or catching a nap? 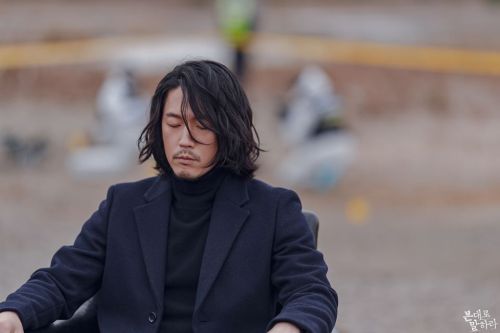 Checking the Rushes/Dailies after filming part of the trailer.

Tagged Behind the scenes, Jang Hyuk, KDrama, OCN, Photos, posters, Tell Me What You Saw (2020)

On November 3rd, Soompi gave confirmation that Jang Hyuk and Sooyoung will both officially star in the Crime Drama “Call it Like you See it. ” Jin Seo Yeon is still in talks.

It was fun to speculate on his character, but now we know for sure what role he’s playing.

Jang Hyuk stars as the gifted Cold-Case Profiler, Oh Hyun Jae. (I’m in love with his name!) He joins forces with Cha Soo Young (Played by Sooyoung) a young Detective with a photographic memory, to find a serial killer.

The serial killer acts on a terrorist-level when he sets an explosion that kills his fiancée. No word if it was a targeted attack on her or meant for a multitude of people, and she’s in the wrong place at the wrong time.

Poor Jang Hyuk can’t catch a break in the crime dramas. In “Voice,” he also played a heartbroken and revenge-driven detective whose wife was murdered.

In a plot twist that I’d discussed in my last post, Oh Hyun Jae erases all traces of his life and disappears. I find that concept so intriguing. It’s reminiscent of the – hard-to-find with good subtitles – OCN Kdrama, “Children of a Lesser God.”

After his beloved sister is brutally murdered, Genius, hot-shot Detective Cheon Jae-In (Kang Ji Hwan) spirals into a deep depression, eccentricity, and homelessness. He’s drawn back into the hunt by Kim Dan, a female Detective with Supernatural abilities to see a dead person’s final moments. Because I couldn’t decipher the available subtitles.

The “Call It Like You See It” Production team said of Jang Hyuk –  “He always brings a unique color to each project, so we’re sure that many viewers are excited to see him. Oh Hyun Jae will be a character who brings out a new side of Jang Hyuk. Please anticipate the drama.”

Our readers know I can’t express those exact sentiments enough in all my posts! Expect “Call It Like You See It” in the first half of 2020.

So near yet so far.

“Call It Like You See It” – An Upcoming OCN Thriller

Having been off the grid most of the summer, I was blindsided by the news that Jang Hyuk is slated to star in the OCN crime-thriller “Call it Like You See it.”

*New Title: “Tell Me What You Saw”

I should’ve known you can’t keep Jang Hyuk down! The main cast was announced in July and the drama is set to tentatively star Jang Hyuk, Choi Soo Young, And Jin Seo Yeon. Since it will premiere in February, 2020, there’s not much buzz on it. Right now the attention is on Netflix’s Exclusive, “My Country: The New Age” – which premieres October 4th worldwide and is close to wrapping up production.

“Call It Like You See It” will be directed by “Voice” PD Kim Hong-Seon, marking a reunion with Jang Hyuk. It will be written by Go Young Jae and Han Ki Hyun. With only a little info to go on, I feel like it’s in the same vein as “Voice” and has an intriguing plot.

According to info on Han Cinema–

“Call It Like You See It” is a tracking thriller about an eccentric genius profiler, a detective with the ability to remember anything they have seen even once, and a serial killer who thought they were dead.”

A character having a photographic memory is a drama trope that’s almost run out of steam, but we’ll see how they employ it. I like when shows break out the special effects by giving us glimpses into their mind and thought processes. Similar to BBC’s “Sherlock.”

There’s no shortage of genius Criminal Profilers, especially eccentric ones. Could they be anything but in dramas? I found no official word on Jang Hyuk’s character, but I can see him as the Profiler or killer. He’s played eccentric geniuses before, in the underrated drama, “Beautiful Mind” and he also starred as a Joseon Era Sherlock Holmes type in “Tree With Deep Roots.” Rumor has it he’s playing the Detective, which is still a fascinating part since he’ll possess a powerful gift of the mind. (And we may get a lot of “hawt” deep concentration scenes!)

I’m not sure how I’d feel about Jang Hyuk as a serial killer, but I’m not doubting his ability to play one. There’s no right or wrong way. Jang Hyuk is drawn to charismatic roles and real life history is full of charismatic killers. It would display new facets of his acting skills we haven’t quite seen before. That’s something he strives for.

I like the twist in the synopsis. Usually law enforcement believes they’ve gotten rid of the killer “once and for all,” only to have them return and wreak havoc all over again. Maybe our heroes are vigilantes that go “underground” to catch the killer by staying a step ahead of them? They may have personal vendettas after being left for dead and possibly lost loved ones in the attacks.

There’s a lot to speculate at this point. We’ll keep you posted!

OCN is a formidable Network when it comes to crime/action/thriller genres and they’ve been on top of their game with quality shows for years. “Call It Like You See It” is sure to be an exciting and intense Winter drama.

It’s been a long while since we’ve posted, and since Jang Hyuk’s starred in a drama! We’ve all missed him, and hopefully he’d gotten a well-deserved break after starring back-to-back in “Money Flower,” “Wok of Love,” and “Bad Papa.” Not to mention cameos here and there and a role in the Crime film, “Ordinary Person.”

Jang Hyuk again takes on the mighty role of Joseon’s third King, Lee (Yi) Bang Won (The future King Taejong). He played the King in the 2015 film, “Empire of Lust.”

Jang Hyuk’s not the lead in “My Country” (JTBC Network) (To many fans’ disappointment) but he is listed as a Main role. Since it’s a multi-episode drama, it’ll be exciting to watch how he develops King Taejong’s personality with the distinct nuances he always brings to his performances.

Whatever happens, King Taejong’s presence will be influential to the story.

The drama’s main plot revolves around young best friends in a tumultuous time period – the fall of the Goryeo era into the early years of the long-standing Joseon era.

Seo Hwi (Yang Se-Jong) is a righteous warrior, the son of a powerful commander who goes through grievous trials. Nam Sun-Ho (Woo Do-Hwan) is an intelligent young man born from the lower class. His dream of joining the military is crushed when his father gets embroiled in corruption and his poor background becomes an obstacle. The best friends have misunderstandings and develop clashing opinions, leading them to become enemies.

This wouldn’t be a proper Kdrama without a love-triangle or a romantic entanglement. Enter the beautiful Seol Hyun (Han Hee-Jae). She’s described as a skilled martial artist and resourceful, intelligent woman ahead of her time who possibly holds classified information. 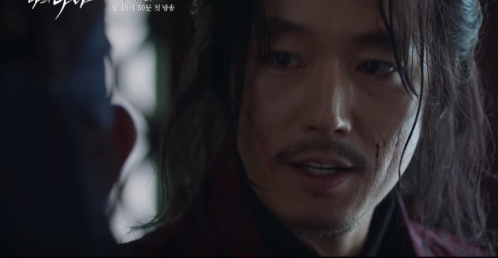 Lee Bang Won was crowned King in Joseon’s 8th year. The political upheavals that got him to the throne could put the ex-best friends at greater odds while fighting for freedom and country.

These are just speculations, we’ll all have to watch and learn together!

“My Country” began filming back in March, 2019. Pre-produced dramas are on the rise. This system allows for better and compelling stories and acting, as the writers, cast, and crew don’t fall prey to the whims of Producers and fickle audiences necessitating last-minute plot changes. Just from the trailers, we can expect high production values and beautiful cinematography.

Having the talented Jang Hyuk in a major role will surely elevate what promises to be an exciting historical drama of friendships, enmity, love, and war as Korea pushes through the birth pangs of a new, astounding era in their legendary history.

***Note to Fans – “My Country” is a Netflix Exclusive that will launch globally on that date.  They are the only streaming site with Korean Language content to air it. For those of us without Netflix, hopefully we won’t have to wait too long to watch it elsewhere. 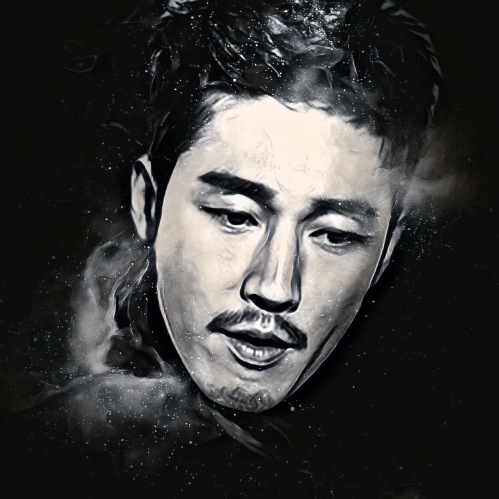 Hey everyone! I’m LadyG. I was graciously made a co-Administrator here on “Stuck on Hyuk,” so I’d like to introduce myself. You may also know me as the writer of the “Dream Dramas” (Similar to Kdrama Fanfic) for one of our other favorite Kdrama blogs – The Fangirl Verdict

In a nutshell, I’m from New York City. Born and raised in Brooklyn. I love retro and vintage TV, movies, music and topics, Asian Dramas, world history, classic movies, art, reading, research, writing, cooking, and lots of eating and sleeping! I’m shy,  an introvert, but I can be really funny – I lean toward dark, observational, and slapstick humor, but I always strive to remain positive and light.

I have an Instagram Account where I’ll be posting all sorts of – how do i describe it? – Phone art designs for all my favorite Asian Drama actors, and other topics of interests. Find me at fangirl_fancies and also as an Administrator on the Stuck on Hyuk Facebook Page where you can download the artwork.

I hope to help the admins breathe new life into the blog by sharing what I can find and create for all the fans to enjoy. You’re worth it, and I know Jang Hyuk thinks you are too.