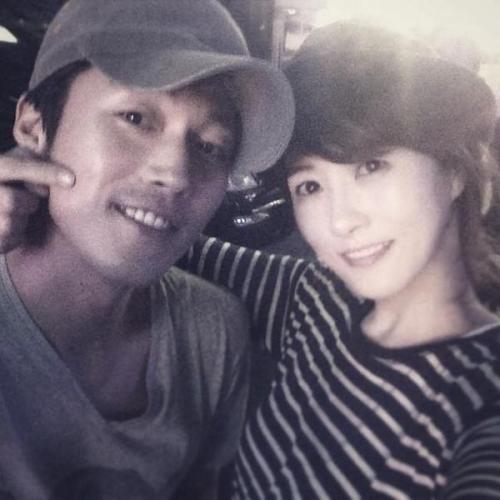 “Hyukie who worked so hard for Gunnie!

It was a random coincidence to walk into you, but it was so nice seeing you! Long time no see! Still so handsome, kyah~

Hope to see each other for a long long time~ just as we’ve been doing until now!

Whenever, wherever!! I will always support you^^”

Aw, so cute. For those of you who didn’t know this yet, Jang Hyuk and Kim Sun Ah have been friends forever. They were in same company as rookie actors, have known each other since before debut.

KSA has mentioned JH on her SNS before too…

She mentioned that she was having a hard time after her drama, feeling empty. And her old friend gave her a call and it helped her a lot. People were asking who it was and this was her answer.

“The one  who walked together with me since debut until now…an actor I respect! The only one who hasn’t changed a bit since rookie time. His eyes, his behavior, his heart…The only actor who didn’t change a bit and is running and running until now!

Oops I kind of already answered the question…So here’s the answer. The answer is..I’m sure you might have guessed, but it is actor Jang Hyuk!”