There are countless Jang Hyuk interviews all pouring out these days, that it is almost impossible to keep up with all of them. I think it’ll be around 50 pages if you add up all his interviews these days… I’m enjoying reading every single one of them, but sorry I do not have time to translate all of them 😛 But I decided to do this one, just because I felt like it, lol. So here’s translation of Jang Hyuk’s column in Naver Star Column, posted August 21, and the original version can be found in http://m.news.naver.com/read.nhn?mode=LSD&sid1=001&oid=420&aid=0000000477

Hello everyone~It’s Jang Hyuk. How are you all handling the heat? I’m sure fall is coming soon, haha. I’m honored to have a chance to talk to you.

You all know I’m rather talkative, right? ^^ It feels a little embarrassing, but I will try to say all I want to say to you at this chance. For part 1, I will first talk about my life as an actor. Please bear with me even if it feels a little boring to you. Then, I’ll start!

#’Thank You’ The most thankful, happy moment in my life

There’s a drama I cannot forget in my life. It’s MBC ‘Thank You’. Sometimes people ask me ‘What is your most memorable drama?’ and I answer ‘Thank You’. (Gumi adds: That’s not entirely true! I’ve seen him answering Chuno, or Robbers…but then I guess he has more than one ‘most’ memorable drama, which is understandable, considering he’s got more than one super impressive and amazing dramas)

The original title of the drama was ‘We were there’. We did the first script reading at the end of 2006. I was really excited, and felt as if I was a rookie actor. I guess it was even more so, because it was the first drama after military service. 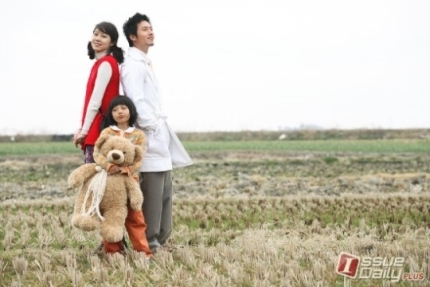 I always carried ‘something’ even in the army. A script, a book, anything I could practice acting with. One of my roommates wanted to be an actor, too. I used to teach him as much as I could. ‘Actor’ is a job that ends when people stop looking for you. You just keep need to knock on the door.

Anyway, so my not-so-easy return was with ‘Thank You’ so imagine how excited I would’ve been. In fact, Jang Hyuk before and after the army is pretty different, although I’m somewhat embarrassed to say so.

But really, this drama was like a jewel to me. Especially, Gong Hyo Jin was a great actress who led me well. Her character wasn’t easy at all. I was grateful to the writer, too, and there were simply too many people to thank. I think I could make it this far because of those people. 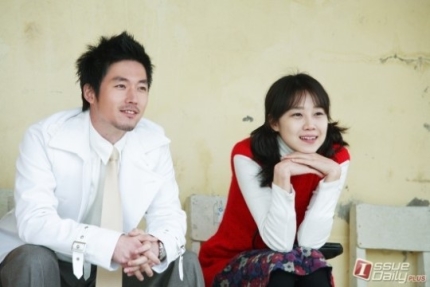 #Some people risk their lives, so why should I not give my best

Recently I’m being more recognized through ‘Real Man’ and I’m meeting the audience with a good movie ‘The Flu’, and I thank people who find me and give me works for that. I’m having a great time every day with abundant works ^^

About work, I’m not the type who saves energy. I have two rules. One is to act so that others would feel ‘I want to work with that actor again’, and the other is ‘Let’s not get confused with character and real life’.

I think being an actor is like being a puppeteer. The way audience look at the play would differ depending on how the puppet is moved. Apart from how good or bad the character is, how I move it will change the audience’s view on it. 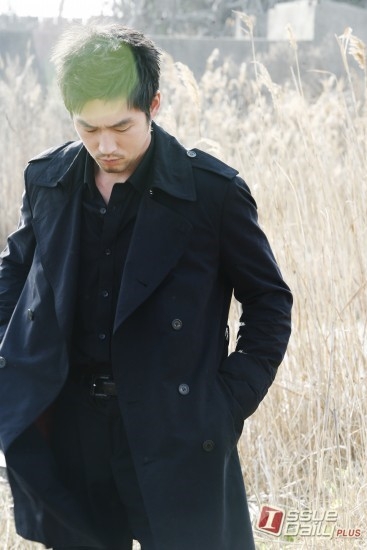 After my debut, I’ve worked in filming sites for about 30 different projects, and have seen great actors, and not-so-great actors. I try not to show too much emotions on filming sites. Rather, I try to keep passion. I like the expression ‘passionate’ more than simply ‘working hard’, haha.

Oh, so what’s my critical moment that started my passion? That would go back years. I’d say filming the movie ‘Zzang’ changed me a lot. (Many of you might not know the movie, but it’s a precious movie to me.) At that time, I met a stunt man for the first time. The movie had some action scenes. That stunt man was supposed to film being hit by a car instead of me, and by accident, he really did get hit by a car. I was so shocked. He said ‘I’m fine’, but I felt so sorry. He got up after 30~40 minutes, and did that scene again to get OK sign.

After that, I try to do my scenes without a stunt man as much as possible. Some people risk their lives for it, and I saw no reason not to give my best. Being passionate, and putting in everything for acting. I think that’s most important in ‘actor’s life’. 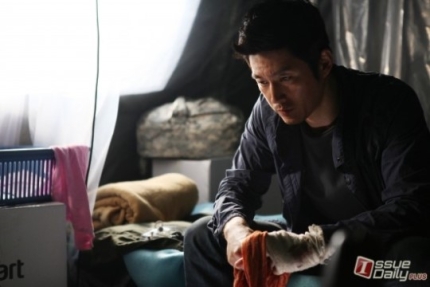 #’The Flu’ filming reminded me of the swine flu nightmare

‘The Flu’ was a hard movie to grasp at first. Its genre, too. I think it’s the type of movie you don’t get until you experience it. When I first read the scenario, I was scared. I could feel the fear crawling upon me.

As I filmed it, I was reminded of the swine flu, and that gave me goose bumps several times. ‘Ah, it really could be scary.’ I think the rumors were more scary than the virus itself. I had healthy immune system, but my son was just born back then. It still scares me now, thinking about it.

My friends or fans who watched the movie often ask, isn’t Jigoo too much like a superman? But I don’t think so. There is reality in him, and rescue workers are actually really working like that. I’ve met them and talked to them, and they were working in so much more difficult situations than we can imagine. 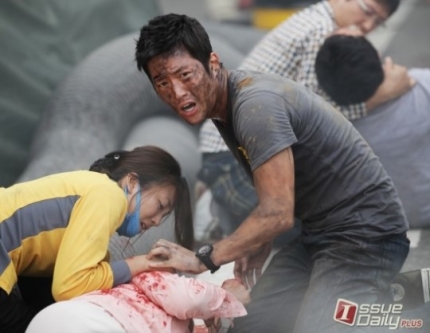 Honestly, when I first got casted for Jigoo, I wasn’t too sure how I should act him. The director told me just to ‘show myself’, but that’s not an easy job. Haha. He added one more comment, he asked me to get rid of heroic sides. I trusted his words, and tried to put more of myself in the movie. If the movie situation actually happens, I think I might act the same way. Maybe Kang Jigoo has been ‘Jang Hyuk-ified’. ^^

Ah, I feel like I must talk about Soo Ae at this point, haha. I wish to act a romantic comedy with her in the future. As far as I know, she hasn’t done that genre yet. People know her as being more chic and feminine, and I guess that’s because she has been acting such characters. Real Soo Ae isn’t like that. She is very relaxed and attractive.

And she focuses well in more intense scenes, so it wasn’t hard at all acting with her. She is a friend I’d like to act again with.^^

Ah, it’s already time to wrap up. I don’t know how you all found my rather unorganized story. I’m actually quite nervous about how you will find it.^^

I am planning to keep walk on my path, just like I have been doing. Many of you associate ‘Jang Hyuk’ with charismatic macho image, but that’s not entirely true, haha. I guess that’s the image that got more imprinted. I try not to care too much about the imprinted images. And try not to be swept away by the air around me.

For example, if you work out with other people, it’s easy to get swept around by others’ mood, right? I try not to get swayed around, and I want to just continue flowing at my own pace. Even if I’m lacking this and that, I hope you can support me!

Please take care in the hot weather, and I’ll make sure to bring more interesting stories for part 2! 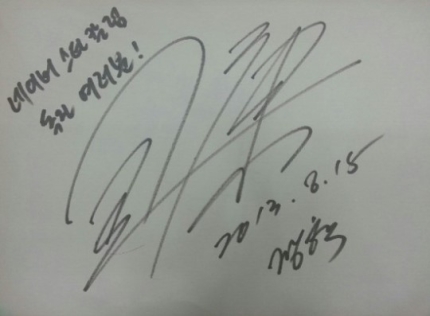